OWN YOUR GOLF GAME - "GO FARTHER"

Millbrook Studios was approached by Own Your Golf Game to create a series of advertisements for use on social media and other web placements with the goal of driving traffic to their website. OYGG had been running advertisements previously, but needed a new creative direction and higher production value after the effectiveness of their old ads had declined from overuse. From the initial discovery meeting to the final delivery, Millbrook handled all aspects of the project, including strategy, copywriting, producing, and posting the ads.

In order to appeal to OYGG's target demographic of 30-70 year old golf playing men, we crafted our copy around three core features: affordability compared to private lessons, access to lessons on the go and on the course, and OYGG's personalized swing analysis. We then decided to use a more aggressive tone with bold typography and intense editing to set the ad apart from competitors ads who typically feature direct-to-camera appeals by instructors.

Production was carried out by a skeleton crew and client provided talent, though you likely would never guess this by watching the final product. Shot on the new Blackmagic Pocket Cinema Camera 4k, the projects visuals utilize 48, 60, and 120 frame per second slow motion. Post-production was completed in-house, including color correction, sound design, VO, and motion graphics. 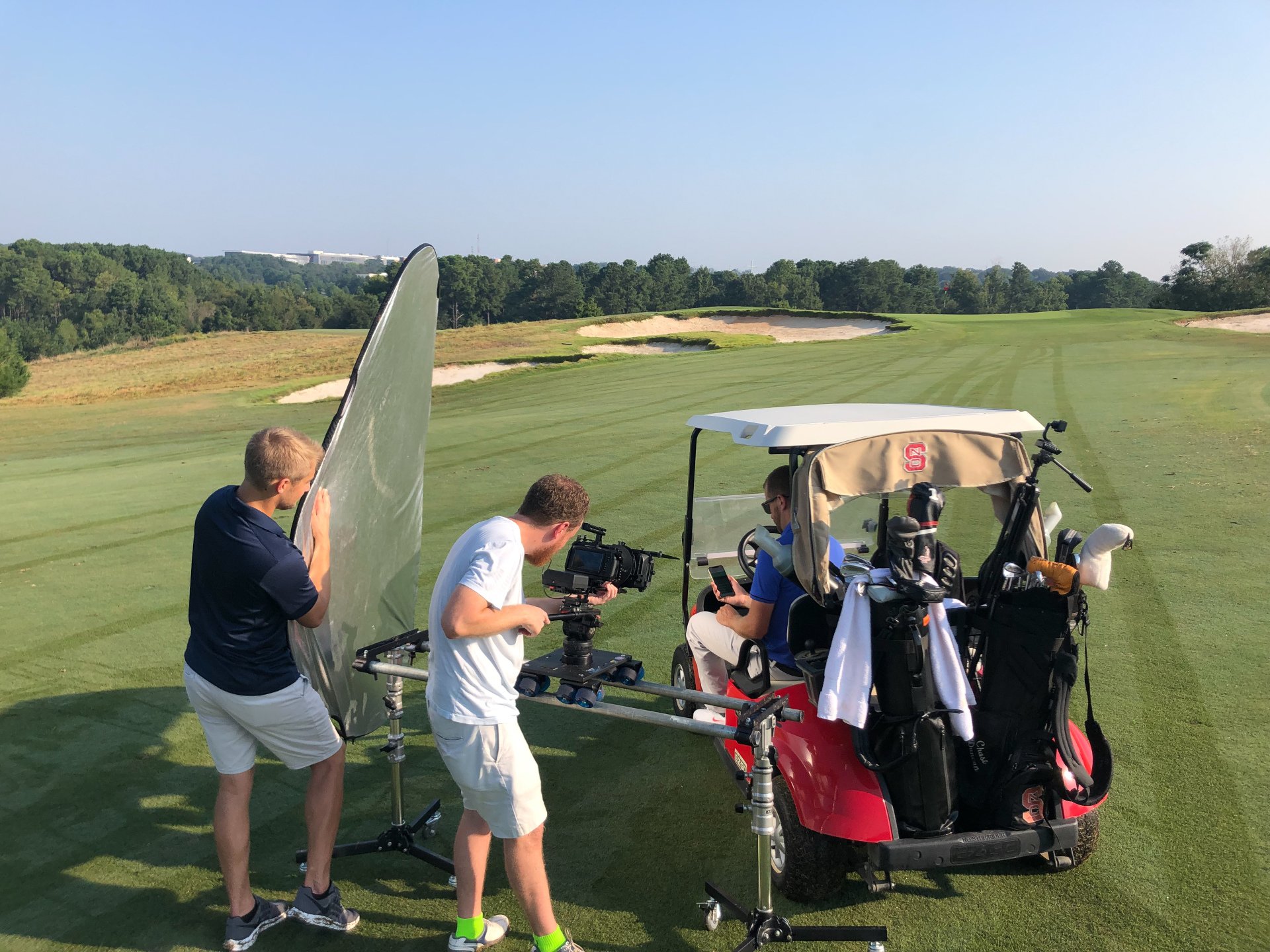